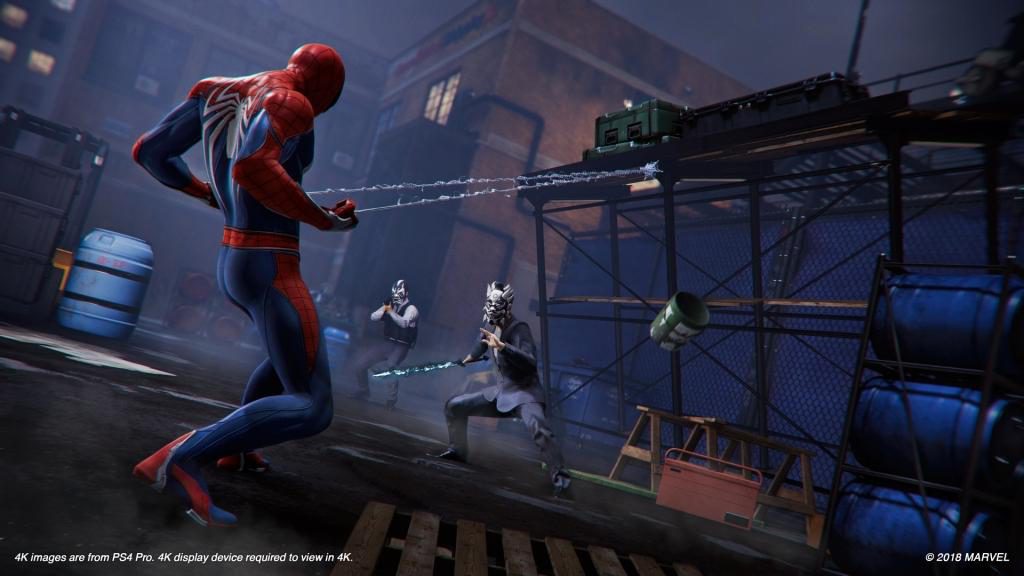 If you are fond of playing video games and looking for the brand new adventures and exciting action games, here we are to provide you a list of top 10 incredible video games are coming out in 2018— here are the best ones to look out for.

Marvel’s Spider man is one of the most exciting, open world and adventurous upcoming games of 2018. It gives you a new authentic spider man adventure and puts an experienced Peter Parker who’s more masterful at fighting big crime in the modern world. At the same time, Peter Parker is struggling to balance his chaotic personal life and career whiles the fate of millions of people rest upon his shoulders.

You can place your pre order from here.

Red Dead Redemption 2 is the most adventurous and long waited sequel to the first one based on western themed action adventure and set to be released for Xbox One and Play station 4 on 26 October 2018. It is a large and open world third person action game. This game’s wide and atmospheric world will provide the feature for a latest online multiplayer experience.

You can pre order Red Dead Redemption 2 from here.

Call of Duty is the most powerful first person shooter game and an amazing sequel to Black Ops, call of duty franchise that puts lots of players and it is scheduled to be released for Microsoft Windows, Play station 4 and Xbox one on October 12, 2018. It has an advanced feature to join other online multiplayer.

Click here to know about the recent updates about Call of Duty.

The most famous and powerful new game by Super Smash brothers, that is on the way coming to the Nintendo Switch this year. It is a brand new game in the long running fighting game series from Nintendo. Obviously, it will star lots of major Nintendo character and also adding new characters from “Splatoon 2”. Its game play is completely different from many action games Instead of winning by depleting an opponent’s life bar, players seek to launch their opponents off the stage and out of the map. When a character is launched out of the stage, the character can try to “recover” by using jumping moves and abilities to back to the stage. Some characters have an easier time recovering onto the stage than others due to their moves and abilities. Additionally, some characters vary in weight, with lighter characters being easier to launch than heavy characters. It is has best controlling power as compare to other games.

God of War is a third person action adventure and mythology based video game series. It is latest new game with less pale and angriness to God of war game franchise. You play this game as Kratos the returning hero of this fantastic and exciting video game. You will get an additional feature where hero Kratos is with his son Atreus, they are fighting new types of enemies in this Norse mythology based world and that makes this game really incredible. It is going to be released for PlayStation 4 and Xbox one on April 20, 2018.

Kingdom Hearts 3 is an adventures and exciting upcoming action roll playing video game. It is sequel to Kingdom Hearts 2 and third entry in the long running Kingdom Hearts franchise. It is single player game and compatible with Play station 4 and Xbox one. The main player Sora returns to join in the party by Donald Duck and Goofy, with the ability to have two additional characters join the party for a total of five-player parties. This is an increase from previous main entries in the series, where players were limited to two additional party members at any given time along with Sora. Another main playable character will be available in the game, with King Mickey and multiplayer elements being considered. This brand new game is really flashy and exciting. Sora fights with AI enemies with his magic and dynamic balance.

Octopath Traveler is an upcoming role playing video game from Nintendo and Square Enix. It is set to launch for Play station 4 and Xbox one on July 13, 2018. You can play this amazing game as eight different types of characters in a classic Japanese role playing style. You may experience eight traveler’s story and eight different adventures in and out of battle. It is kind of a throwback to the Final fantasies and Dragon quests that you might have played growing up. It looks like they took a super Nintendo game and made it into a beautiful modern experience.

8. Shadow of the Tomb Raider

Shadow of the Tomb Raider, the third in the new trilogy of Tomb Raider games is releasing for play station 4, Xbox one and PC on September 14, 2018.It will continue the story of lead character Lara Croft as she kind of discovers herself and becomes the Tomb Raider that we all know and love and it makes game most exciting and impressive. It tells the story of Lara Croft‘s personal and adventurous life. As we saw in the first teaser of this game there are plenty of mountainous locations and Lara was also spotted on location like Mayan pyramids, that’s suggesting this time we could see her take a trip to South America. Overall, you could be the part of Lara’s interesting and adventures journey.

You can pre-order Shadow of the Tomb Raider from here.

Nintendo Labo is actually work as toy, game and things controller. It is already launched on 20 April, 2018. It allows you to construct video game controllers that are paired with specific games out of card board. You can make your own controller video game thing. It is kind of aimed at kids and parents playing together. You can control your games using Nintendo Labo like you can control your Toy-con RC car using Nintendo Labo touch screen and control your in game robot by punching your arms , lifting your legs and leaning your body left or right to change the direction. Nintendo Switch system allow to fun with your Toy-con creations.

You can order Nintendo Labo from here.

Death Stranding is an upcoming action and exciting game; this may or may not come out this year. It is the next game from Hideo Kojima, the long running creator of the Metal Gear solid franchise. It is his first new game away from metal gear in almost 30 years. It is coming to the Play station 4 exclusively. Kojima went back to that stick and rope idea in a recent interview with Glixel. He stated “It’s time for humankind to take the rope in hand. We are ready for a game not based on competition, but on the rope that will bring good to the player and make connections. We don’t need a game about dividing players between winners and losers, but about creating connections at a different level. My current project, Death Stranding, aims to fulfill this goal.”

Get ready for the thrill !