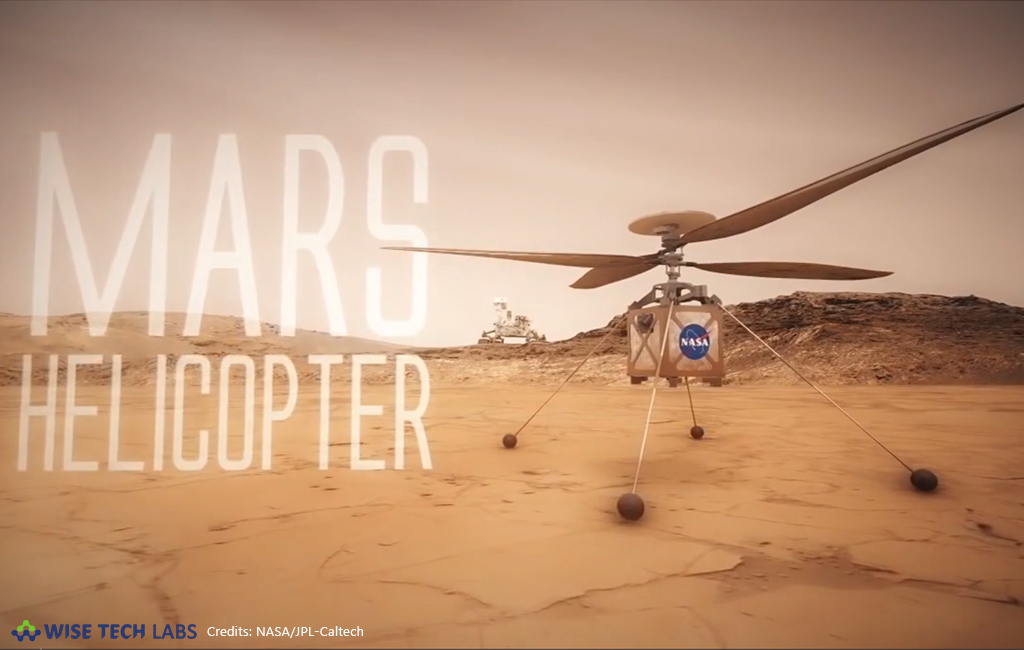 NASA is sending a helicopter to Mars

Recently, NASA reported to send a small helicopter to Mars. The Mars Helicopter, a small, autonomous rotor craft, will travel with the space agency’s Mars 2020 rover mission, currently scheduled to launch in July 2020. It will be marked as a first aircraft which will be used on another world.

NASA stated “The remote-controlled Mars Helicopter, designed to take flight in the thin Martian atmosphere with twin counter-rotating blades, weighs about four pounds, with a fuselage the size of a softball”.

The spinning speed of its blades is almost 3,000 rpm which is approx 10 times of the rate employed by helicopters on earth.

According to Mimi Aung, the Mars Helicopter project manager at NASA’s Jet Propulsion Laboratory “The altitude record for a helicopter flying here on Earth is about 40,000 feet. The atmosphere of Mars is only one percent that of Earth, so when our helicopter is on the Martian surface, it’s already at the Earth equivalent of 100,000 feet (30,480 meters) up”.

NASA officials stated more about the Helicopter, it is designed to carry out geological studies and ascertain the habitability of the Martian environment. The rotor craft will reach the Mars’s surface attached to the car-sized rover. After placing the helicopter on the ground, the rover will be directed to drive to a safe distance to relay commands. The helicopter will be commanded by earth controllers to take its first autonomous flight after its batteries are charged and tests are conducted.

The complete 30-day flight test campaign will include up to five flights of incrementally farther flight distances, up to a few hundred meters and longer duration as long as 90 seconds, over a period. During its first flight, the helicopter will make a short vertical climb to 10 feet, where it will float for about 30 seconds.

Solar cells will be contained by the helicopter to charge its lithium-ion batteries and a heating mechanism to keep it warm during frozen nights.