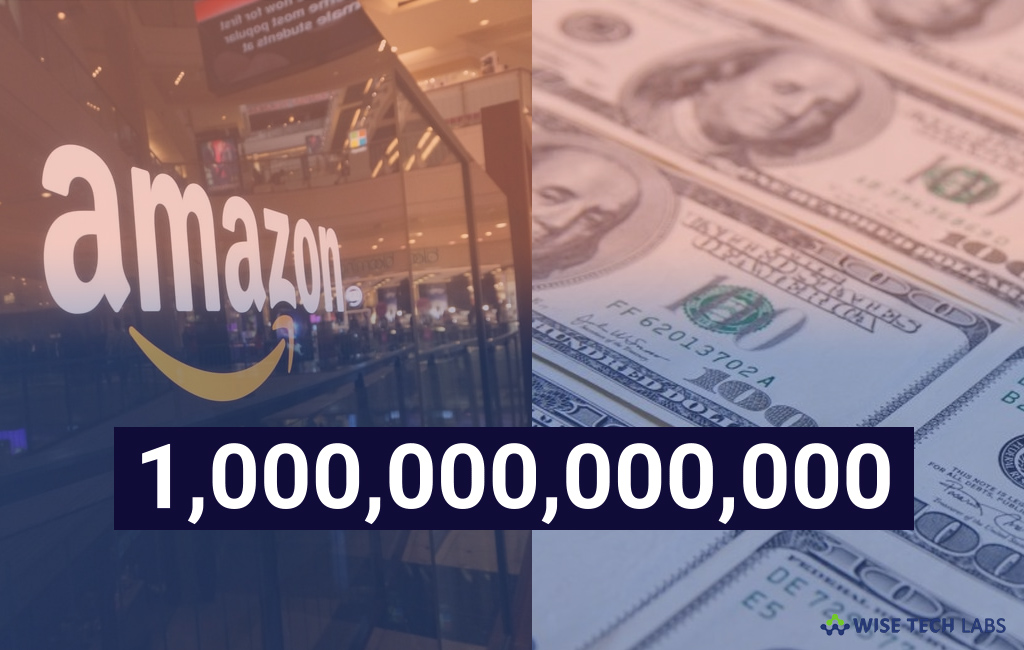 Amazon is one of the top public US companies that deal American electronic commerce and cloud computing services and based in Seattle, Washington. Apple‘s stock value reached at 1 trillion a month ago and it became the first American company to cross that once-unimaginable line. But now Amazon also crossed this line by hitting a $1 trillion market cap and joining apple in a trillionaire club

Recently, RBC Capital Markets analyst Mark Mahaney reported to CNBC “Yes, Amazon did really well in online retail, but then the stock gapped up when they showed that they could become successful in cloud.”

A day ago, Amazon reached $1 trillion stock value and hit an intraday record high of $2,050.50. Shares pulled back to $2,039.51 for a gain of 1.3 percent for the day. Under the guidance of CEO Jeff Bezos, the richest person in the world with a net worth of an estimated $166 billion, Amazon has considered as the most powerful force in the e-commerce business and recorded 50 percent of the online retail market.

A year ago, Amazon joined grocery and food industry. It is rounding out its hardware electronic segments with last-mile deliveries, and it’s pushing forward in advertising to compete with giant techs like Facebook and Google.

Moreover, Amazon stock has gained more than 70 percent in the recent year and has more than doubled in the last one year.

In a nutshell, Amazon did really well and significant in the eCommerce field to cross the stock value of 1$ trillion and knocked to its biggest prime day ever.

Now read: Apple has become the first $1 trillion US Company