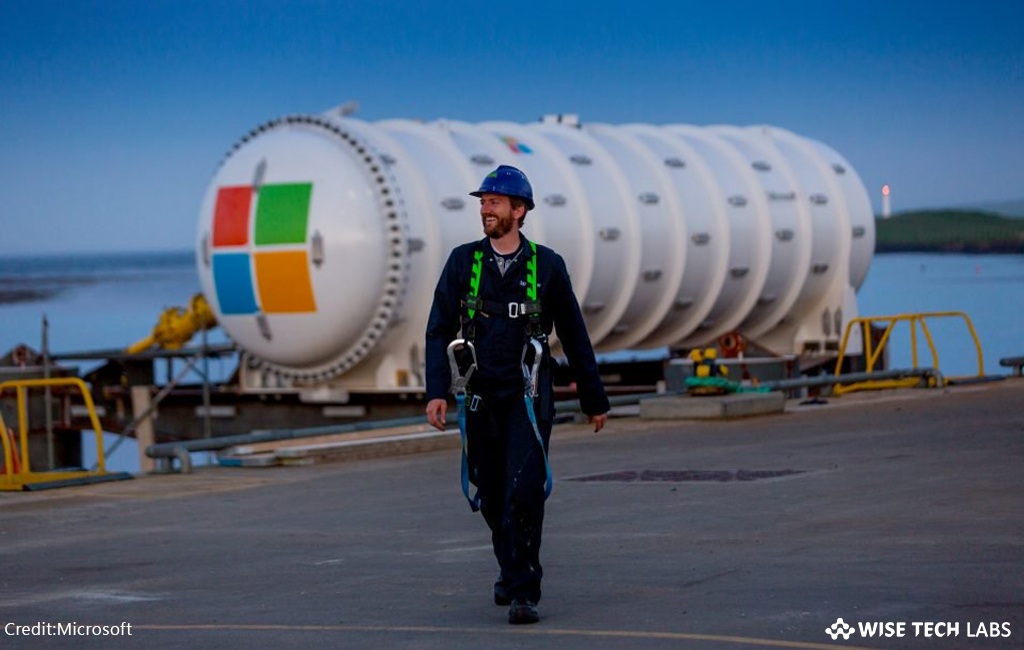 Microsoft has dropped a data center to the bottom of sea

Recently,  the tech giant Microsoft sank a 40-foot long data center shell onto the seafloor off the coast from the European Marine Energy Centre in Orkney, northern Scotland. This project is mainly designed to save the energy used to cool the servers on land. This data center is containing 12 server racks and 864 servers in the 40 foot long white cylinder and it will be keeping operated for next five years.

Orkney’s renewable energy network of wind turbines and tidal power will supply electricity to undersea cables, to the centre and carries data from the servers to the shore and the internet.

According to Microsoft “More than half of the world’s population lives within about 120 miles of the coast. By putting data centers in bodies of water near coastal cities, data would have a short distance to travel to reach coastal communities.”

Moreover, it is a free server cooling process; sea can be accessed at no cost where land-based data centers require a big investment. Also it is quite easy to deploy a data center in to sea than build on land.

Microsoft researchers will keep an eye on this data center for the one year to observe factors like power consumption, internal humidity levels and temperature. If this system works fine then it will be the cheapest process to run data canters for years on end.