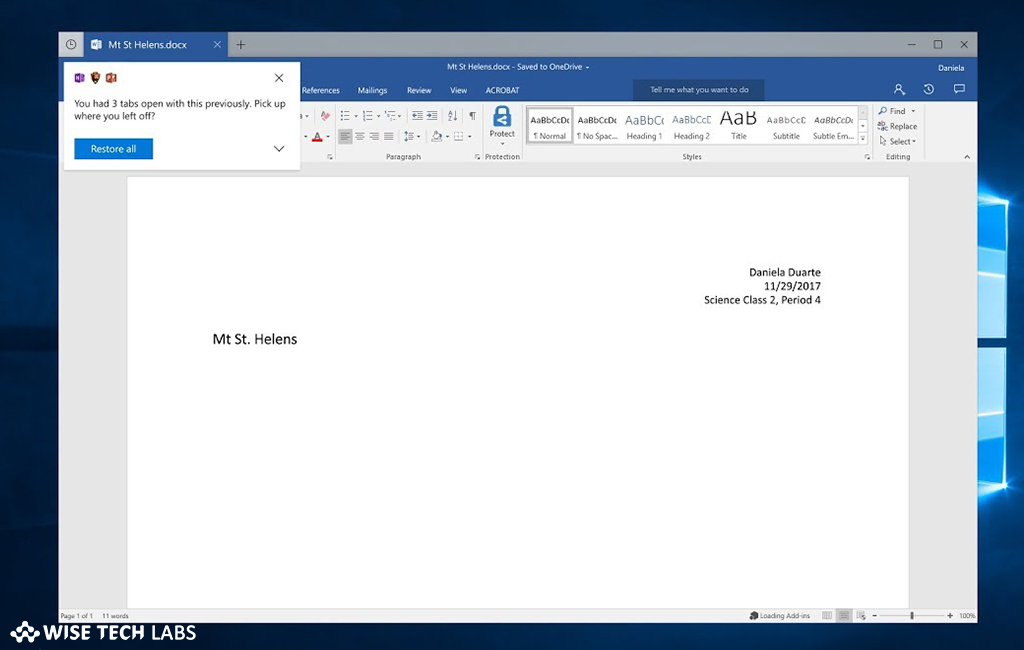 Recently, Microsoft announced the arrival of tabs to everything with a new feature “Sets” for Windows 10 at the Build conference 2018 keynote. Sets will now feature browser tabs with you enter “Alt+Tab”, basically bridging the gap between apps and websites. It will allow people to group together related apps and websites under one window. This new feature is not only adding tabbed windows to each individual app; it is comprehensive tab system that reaches across all apps on your computer as well as the Web.

If you are using a single window with all your Edge websites as a tab and another with all your word documents, the actual functionality of Sets is how it will let you combine programs and websites together in a single window. While you are working on a computer, you usually prefer to work on Windows and browser separately. There may be some applications running in the taskbar and several other tabs in the browser. Microsoft has introduced its beta version for Windows at the annual Build conference. In this beta version, when you press Alt+Tab, tabs will work within the Edge browser.

With this amazing feature, Microsoft is testing with allowing Windows 10 users to switch between tabs within the Sets feature inside the Alt+Tab interface. Sets will work for apps, browser tabs, and app tabs. However, it is not yet clear whether this feature will apply to the browser tabs within a particular Set only or will include all tabs in the browser. Moreover, you can restore groups of tabs that you had been previously using. When you will reopen a word document, it will prompt you to restore the previously opened browser tabs.

Microsoft will test the new changes of Sets  in the next Windows Insider Preview and it may or may not be available with the next Windows 10 update. Meanwhile, Microsoft’s Corporate Vice President of Operating Systems, Joe Belfiore stated that the company will only release its Sets feature once it is ready.