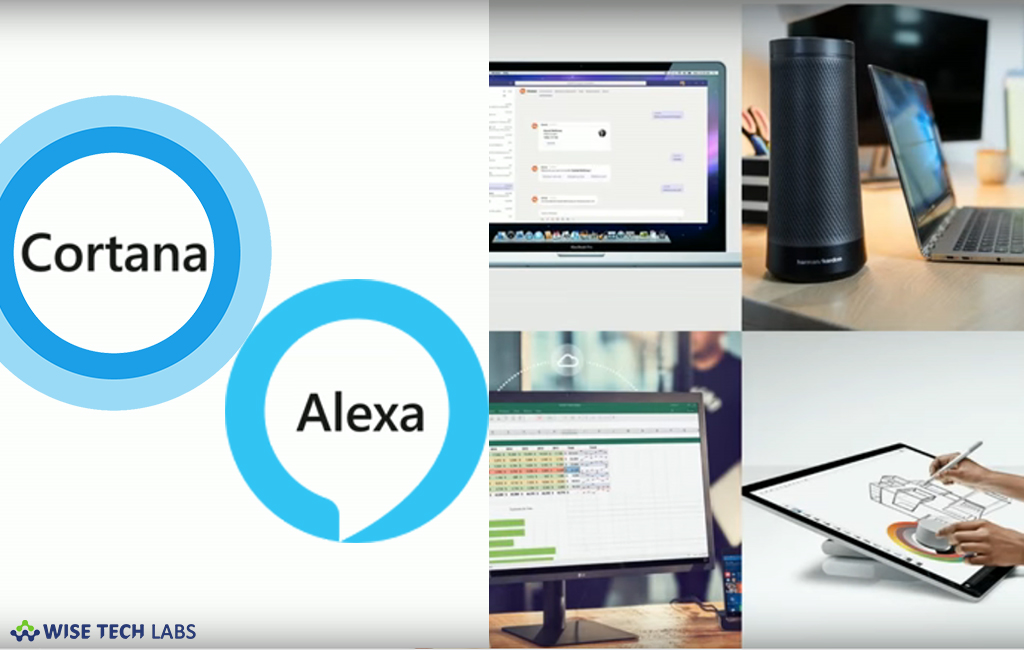 Microsoft had released Cortana in 2014 but it is not popular as much as Siri, Alexa or Google Assistant is. Recently, Microsoft announced that Cortana will work with Amazon Alexa at its Build 2018 developers conference.  Megan Saunders, Microsoft Cortana General Manager and Tom Taylor, Amazon Alexa Senior Vice President, showcased how these two AI powered voice assistants, Alexa and Cortana will work together in the future.

Microsoft CEO Satya Nadella stated “the company is working on a new version of Cortana which will enable it to talk to other AIs. Cortana is also currently being developed to work with Amazon’s digital assistant, Alexa”.

Cortana will help you to send emails and browse in official assignments while Alexa within the Cortana interface will help you to command your personal daily activities. Although the launching date is not yet revealed .Microsoft stated that developers are creating more integrated solutions for both the assistants.

Cortana-Alexa integration will be a  cross-platform feature

Alexa within Cortana can be ordered by using the command, “Alexa, open Cortana”. You can then follow up with commands to Cortana which may not be possible with Alexa. This cross-platform feature will be provided by Microsoft for Alexa within Cortana. You can also use this new integration on Windows 10 devices.

In a demonstration, Megan Saunders, Microsoft’s general manger of Cortana commanded Amazon Alexa to open Cortana and tell her about her day. Then, Saunders commanded Cortana to send an email to Tom Taylor, Amazon’s senior vice president of Alexa. When Taylor saw the email on Outlook, he first asked Cortana the location of a nearby restaurant but then he said “Open Alexa” and Taylor ordered to book an Uber to get to the restaurant. After this, he switched off a lamp on his demo table by Alexa command “Turn off the lights”.

This amazing feature is currently in beta mode and under development. However, Microsoft created an official website where you can subscribe to receive latest updates on the Cortana-Alexa integration.

You may also learn how to use Amazon Alexa on your Windows 10 PC.